Islam prescribes some dietary guidelines to Muslims by forbidding certain foods (Haram) and permitting others (Halal).  This has made it challenging for Muslims, living in non-Muslim majority regions to consume only Halal Food.

But fortunately, there are some reliable certification organizations in America such as Islamic Services of America, who examine foods claiming to be Halal. ISA affixes a symbol of compliance on the product once the food is verified.  Halal consumers can utilize those products without any concerning doubt.

From realizing the right way of worship to the right food to eat, people seek guidance from the Qur’an and Sunnah in every aspect of their life.  They then formulate ways to use and share their knowledge as much as possible. For example, the Muslim & Qur’an app informs Muslims of accurate prayer times, while Halal certification guarantees that the food is free from any ingredient prohibited under Islamic law.

Halal food manufacturers must know which foods are prohibited or permitted in Islam.  The most reliable source which guides them in making 100 percent Halal food is the Holy Qur’an.  Below we mention 10 foods that are deemed naturally Halal in the Holy Qur’an:

It is lawful in Islam to catch and eat seafood for the benefit of humans.  A verse in Surah Al-Maida confirms that fish and other seafood are allowed for Halal consumers.

Lawful for you and those in the journey is to catch and eat water game as a provision. [5:96] 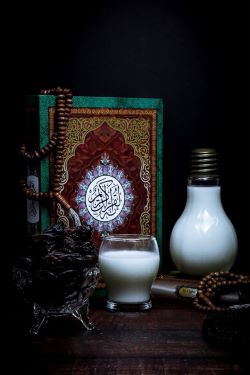 Milk produced from Halal animals is permitted in Islam.  Milk is a Sunnah food (the benefits and blessings of milk are mentioned in the Sunnah) and is mentioned multiple times in the Holy Qur’an. At one place, Allah says:

Indeed, there is a lesson for you in cattle. Between their dung and blood, and inside their bellies, there is pure milk for you to drink, and that is palatable for drinkers. [16:66]

Dates are also strongly recommended by the Holy Qur’an as healthy and lawful food.  Their consumption becomes tenfold in the month of Ramadan because Muslims break their fast by eating Dates as a Sunnah.  It is mentioned 22 times in the Qur’an which shows its deep-rooted significance in Islam.

Push the trunk of the palm toward you and you will find fresh, ripe dates. [19:25]

Grains are mentioned numerous times in Qur’an.  One reference related to corn is mentioned in a verse of Surah Naba:

And We send down from rainclouds pouring water, producing by it grain and various plants. [78:14-15] 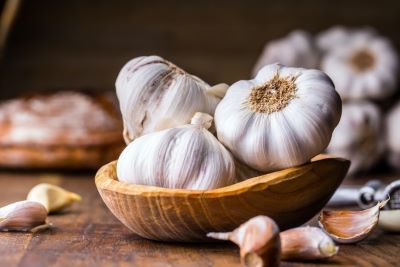 So call your Lord to raise herbs, cucumbers, garlic, onions, and lentils from the earth, for us. [2:61]

Allah has named a whole chapter of the Qur’an on the topic of figs, named Surah At-Tin.  The first verse of the Surah starts with this Halal fruit:

Halal consumers can also eat grapes and delight their taste buds because a verse of Surah Al-Mu’min states that:

We produced gardens of palm trees and grapevines for you, wherein you can find ample fruits to eat. [23:19]

​​​​​​​Honey is mentioned in the Qur’an as a source of healing.  Surah An-Nahl, the 16th chapter of the Qur’an, contains many instructions from Allah, related to the consumption of honey.

And, from its (honeybee) belly, juice of different hues has been issued, which is a source of cure for people. [16:69]

There is a variety of edible aromatic plants that are Halal in Islam.  It is evident in the 55th chapter of the Qur’an (Surah Rahman).

And grains that contain shells and scented plants. [55:12]

The Gourd was the favourite vegetable of the beloved Prophet Muhammad (SAW).  The word "Gourd" was mentioned one time in the Qur’an:

Finding Halal foods in non-Islamic regions is a daunting task.  To facilitate food consumption matters for Halal consumers, we have merely listed these 10 foods.  Foods in the list are assured in the Holy Qur’an to be Halal.

The worldwide Halal food market was valued at US$ 1,978 billion in 2021 and is growing rapidly.  So, Halal food manufacturers and uninformed Muslims can reference the Qur’an to understand what is most easily identified as Halal.