Blood as a Food Ingredient

For most people in the USA and Canada, eating or drinking blood is considered taboo or at least unpalatable. At the turn of the 20th century, large slaughterhouses tried to preserve and market blood, but it was too difficult and expensive to process, store and bring to the market safely. For that reason, excess blood was discarded.  Now blood, wet feathers, bone shards and other remnant types of and inedible and immediately unusable waste are sent to be “rendered” and recycled for other uses such as fertilizer, non-consumable by products.  However, most cleanly captured and filtered blood can be found and used in food products and featured in niche international markets and restaurants.

For Muslims, it is clearly not Halal (or permissible) to include blood as part of one’s diet.  The Quran clearly states:

" Forbidden to you (for food) are dead meat, blood, the flesh of swine, and that on which hath been invoked the name of other than Allah".
Surah Al-Ma'ida (5:3).

Consumption of blood is also forbidden in Jewish Scriptures. And it is forbidden by some Christian churches as well, like the Greek Orthodox Church.

In most parts of Europe, Eastern Asia, South and Latin America, blood does not have the same prohibitions stigma that it does in North America, the Middle East, South Asia (except parts of India and Nepal) and North Africa. Eating, drinking, cooking and baking with animal blood depends on the country, its culture, ethnic and religious groups and history.  Following are examples of blood in international cuisine.

Due to harsh weather, Scandinavian cooks traditionally used every part of the slaughtered animal for food and non-food products. The animal’s blood was no exception. In Sweden, Norway and Finland blood pancakes are still common. Most recipes use pig or cow blood; however, the native people use reindeer blood.  Other blood-based foods popular in most regions in Europe include blood sausage, pudding, candy and protein bars, soup, cakes, cookies and sauces.

Every continent in the world has some version of blood sausage. It typically consists of blood, pork or beef, spices and intestines or casing. Surprisingly, blood sausage is also consumed in some predominantly Muslim countries.  In Penang and other northern states in Malaysia, pig blood curd is consumed.  In Indonesia, blood sausage made with pork intestine and pork blood can be found in Bali. It is served with rice. Another version in Java called “saren or marus”, is made with chicken blood and cut into small cube pieces. In Sumatra, a dish called “Kidu-Kidu” sausage is made from pork intestines, served with sauce made from pork blood. In Southern Europe, including Bosnia, “karvavitsa” is a blood sausage made from pork and pig’s blood. 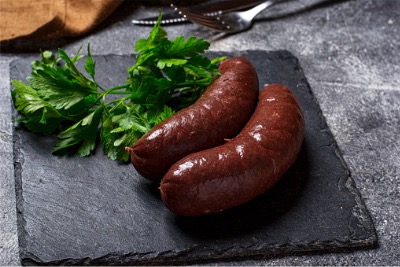 Each of the countries below has its own version of blood sausage:

Blood as an Egg Substitute

In 1994, Iowa State University did a study substituting egg whites with bovine blood plasma.  They found that it altered the texture and flavor of the cakes. The Nordic Food Labs (NFL) published a study in 2014 stating that blood can be used as a substitute for eggs in baking.  According to the study, the protein Ovalbumin of egg whites is also found in plasma. Ovalbumin, when whipped up, helps cakes rise and stay fluffy.  The extent to which bakers around the world are using blood as an egg substitute is unknown. 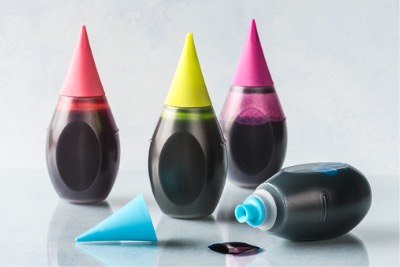 Blood as a Food Color

Carmine is a red food color made from crushed female cochineal insects. On a food label it could be listed as cochineal, cochineal extract, crimson lake, carmine lake, E120 or natural red 4.

Islamic Services of American (ISA) is a leading USA based Halal Certification and Auditing Organization serving companies, the community, and the Halal industry for over 40 years.