How to Eliminate Food Waste and Food Shortages

When we hear about food shortages, they are often attributed to unpredictable weather patterns, war, post and pandemic inflation, and supply chain logistics issues. Is there a way to sustainably solve the problem of food shortages around the world?  According to the International Food and Agriculture Organization (FAO), 2.9 trillion pounds of food is wasted every year globally and 1/3 of all food produced worldwide is not consumed.

According to the USDA, in the USA, 133 billion pounds of food is wasted annually. That is 218 lbs. of wasted food per person. Meanwhile, 50 million people in the USA are food insecure. There are children, college students, elderly, working poor and others who don’t know if they will have a meal from one day to the next. 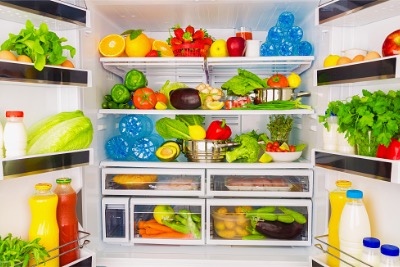 The environment is also affected by food waste. Many people believe that since food is biodegradable, that food waste absorbs naturally into the soil. In fact, methane gas is an outcome of food waste, and it is 300x more damaging to the atmosphere than CO2. In addition, in many countries, forests are being cleared daily for agricultural purposes.  To produce and distribute food requires fossil fuels.  All these facts lead to climate change, global warming and more food insecurity.

According to the World Resourses Institute, 45 billion gallons of valuable fresh water is used every year to produce food that ends up in the trash. Wasted food is one of the leading causes of deforestation and biodiversity loss.

Why is there Food Waste?

In his 2009 book, Waste: Uncovering the Global Food Scandal, author Tristram Stuart explains why we have food waste.

First and foremost, there are agricultural surpluses. Food is often wasted before it leaves the field. This may have to do with storage and logistics issues at farms and along the supply chain.  Some countries guarantee income and give subsidies to farmers when they do not sell all their products. In addition, a huge portion of grain production is destined to become animal feed, and 2/3 of that feed becomes feces (animal manure gives off a variety of gases including hydrogen sulphide, carbon dioxide and methane).  These animals require billions of tons of grain in order to produce meat, dairy and poultry for consumers.  Less than half the food that is grown on farms is used for the purpose of human sustenance.

Grocery stores display food in the most appealing way possible.  They create abundant displays of hundreds of perfect, unflawed fruits and vegetables.  And they toss out the fruits and vegetables that do not have the right shape and size or that may have flaws.  For example, they will often reject bananas that are too small or potatoes that are shaped funny. 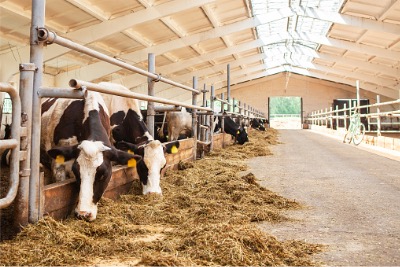 Grocery brands put “sell by dates”,  “use by dates” or “best by dates” on their products.  Many consumers misunderstand the dates on products.  What the dates on products indicate are estimated peak freshness timing. They have very little to do with food safety. These products are still safe to consume after the best-by date on the package.  Rather than risk upsetting customers, grocery stores will pull product off the shelves before the best-by or sell-by dates.  In an effort to reduce food waste in 2022, UK based Marks & Spencer axed best-by labels on over 300 fruit and vegetable products.

Consumers have a very large role to play in preventing food waste.  First, as consumers we tend to go to grocery stores that have abundant displays of food, and we tend to reject food that has even the slightest flaw. We demand both a variety of food and pretty food. Consumers also impulse shop and tend to over buy and store food products. All these demands, expectations and behaviors lead to food waste. 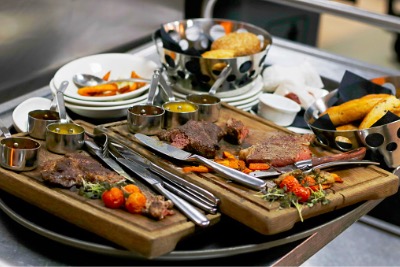 Enact legislation designed to eliminate food waste. France is a leader in this area. In 2016, the French government made it illegal for grocery stores to throw away food. The French Federation of Food Banks confirms that the law is working. Over 2,700 supermarkets send food to 80 food bank warehouses, rescuing 46,000 tons a year that would otherwise be thrown away.

In the USA, there are hundreds of non-profit organizations that exist to end food waste. Many are food rescue programs which will pick up food from restaurants and supermarkets.  These include national organizations like Second Harvest and Feeding America. In the USA, the FDA, USDA and EPA have come together to reduce grocery store and restaurant waste by 50% by 2030.

Making it a Business Priority

Grocery Stores: can relax cosmetic standards, mark down products near best-by or use-by dates. Donate food to local food banks, human and animal shelters, soup kitchens, and other non-profits and compost. They can also be proactive by reducing excess inventory and repurposing food inside the store in their restaurant, café, and take out section.

Restaurants: can offer more portion sizes, like half orders, and allow adults to order from the children’s menu. They can offer vegan options and eliminate the need of inventory for slow moving menu items. Restaurants can also increase efficiency by setting up inventory management systems.  And they can donate cooked food to local shelters and soup kitchens. 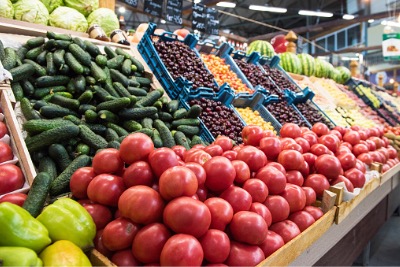 Consumers are responsible for over 40% of food waste. As shoppers and eaters, we can also take portion control into our own hands. Besides helping to eliminate food waste, there are many health and financial benefits to cooking or ordering smaller portions for each member of the family.  If you cook or order too much, have leftovers the next day or freeze your leftovers for another day.

Consumers can also plan meals. Before shopping, check out the pantry and refrigerator to prevent over buying.  Also, do not go to the grocery store or order groceries when you’re hungry.

In his Ted Talk, How to End the Food Waste Fiasco, Rob Greenfield revealed that over 795 million people around the world do not have enough food to meet their daily needs. That is 1 out of every 9 people.

Farmers, manufacturers, supermarkets and consumers in North America and Europe discard up to half of their food - enough to feed all the world's hungry at least three times over. Forests are destroyed and nearly one tenth of European and North American greenhouse gas emissions are released growing food that will never be eaten. 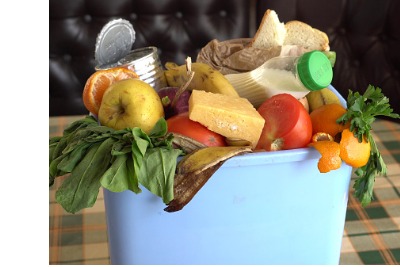 Fortunately, there is a viable solution to food waste. One is education in schools, as well as in grocery store and restaurant training rooms. Another is to provide information and inspiration to consumers and to change attitudes and habits. Consumers can pressure grocery stores and restaurants to rescue food by diverting food waste. And as we have seen governments can enact legislation through tax incentives and penalties to the biggest wasters of agriculture products.

Islamic Services of America (ISA) plays a large role in the Halal industry both as an educator and a certifier.  ISA partners with companies that specialize in the production of all consumable and non-consumable products and certifies those that are found to be Halal compliant.  These include: Meat & Poultry, Bakery and Food Processing, Dairy, Cheese, Ice Cream, Vegetables and Fruits, Flavors and Ingredients, Health and Beauty, Non consumables such as Packaging, Lubricants, Minerals, Filters Oils and Cooking Agents, Pharmaceuticals, Vitamins, and Food Supplements.